Bazias is the place where the oldest railway on the territory of today’s Romania, Oravita-Bazias, used to function from 1854 to 1958, whose route included towns on today’s Serbian territory. After 1960, the Bazias railway station building was demolished, the place flooded after the construction of the iron gate dam, as did most of the former line’s terrace between Bazias and the border with Serbia. Today you can see only the ruins of the water tower, the Annex of the station, used for steam locomotives. Bazias became a location that was trafficked due to the station and its connection to Eastern Europe via the Danube port, which is why a hotel was needed for people transiting the area. This was the reason why the Bauer Hotel was built, whose ruins can be seen today. The hotel was the host of many great guests: Carol I, Franz Iosif, Empress Elisabeta (Sissi), Christian Andersen and even Mihai Eminescu (Romania’s greatest poet). In the hotel’s premises the first casino on the territory of today’s Romania operated.

Hotel Bauer at the beginning of the 20th century and today; a fragment of the hotel stairs, now integrated in the “Sunset” pension and the Magdalena fountain in the hotel courtyard, in 1905 and today

The trainstation building (now demolished); the railway bridge, fragment of the Bazias  terrace of the trainline to the present border of Serbia and the ruins of the station’s water tower for steam locomotives 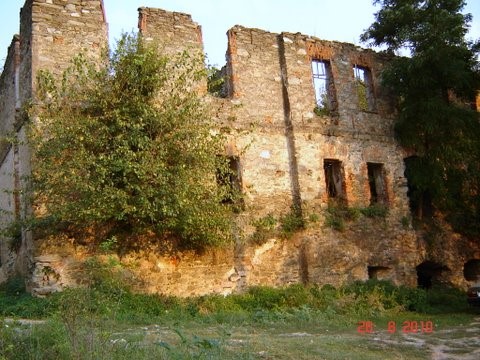 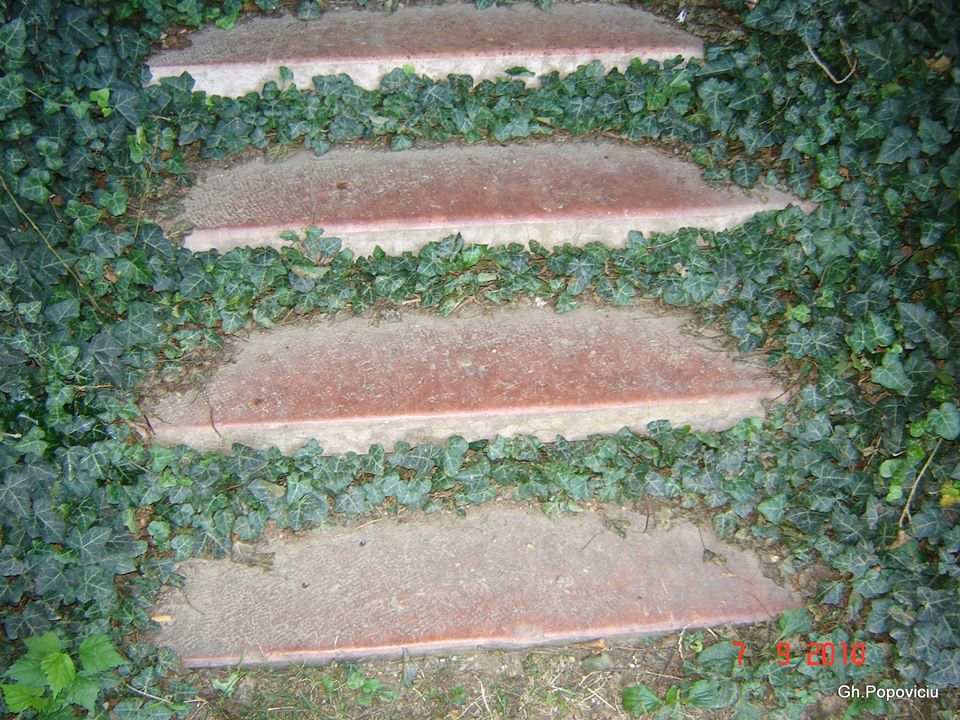 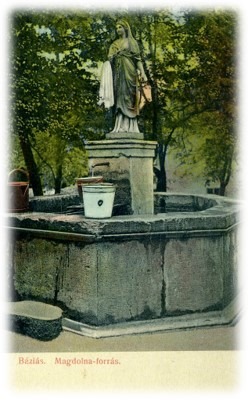 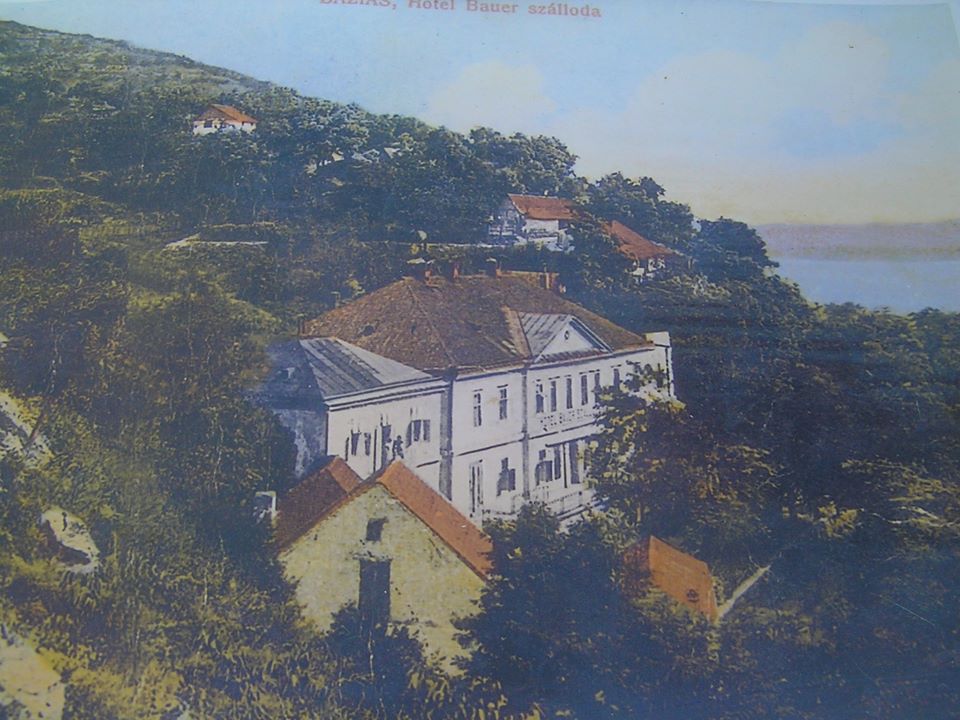 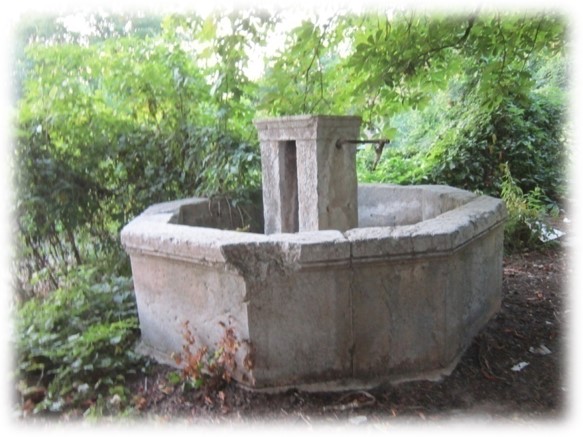 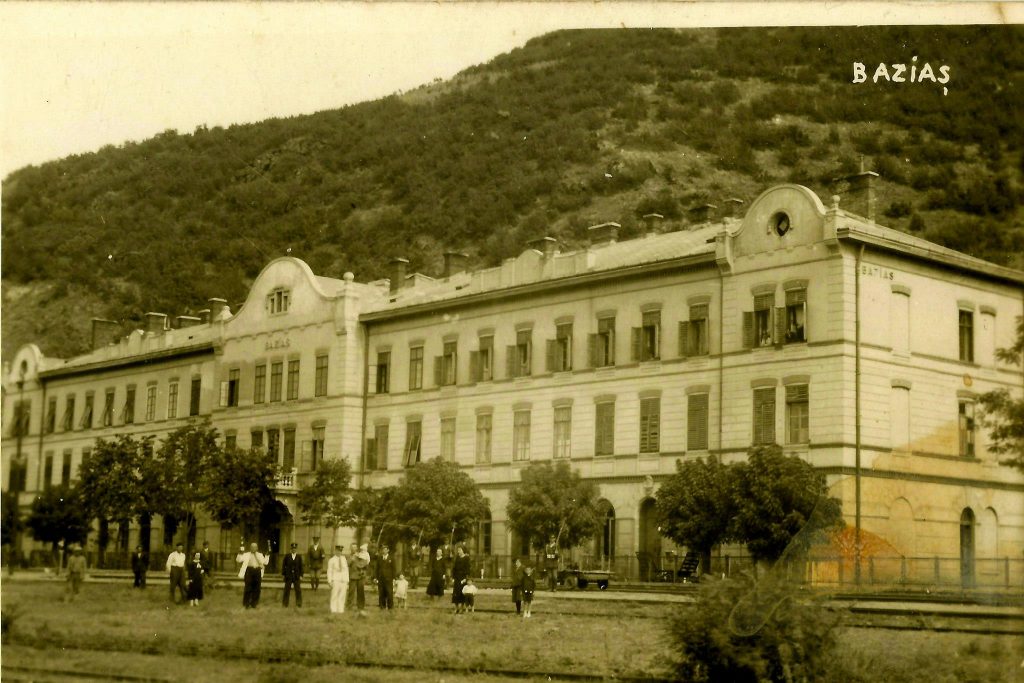 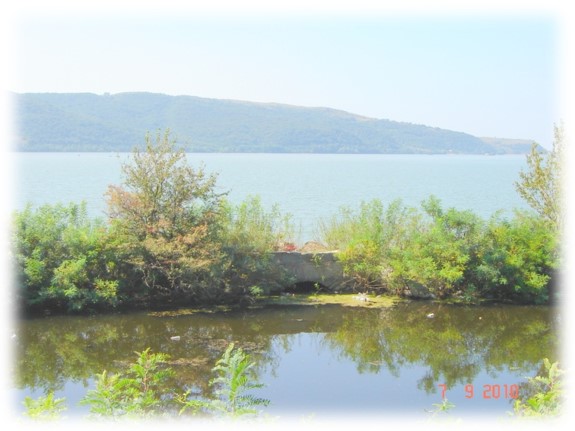 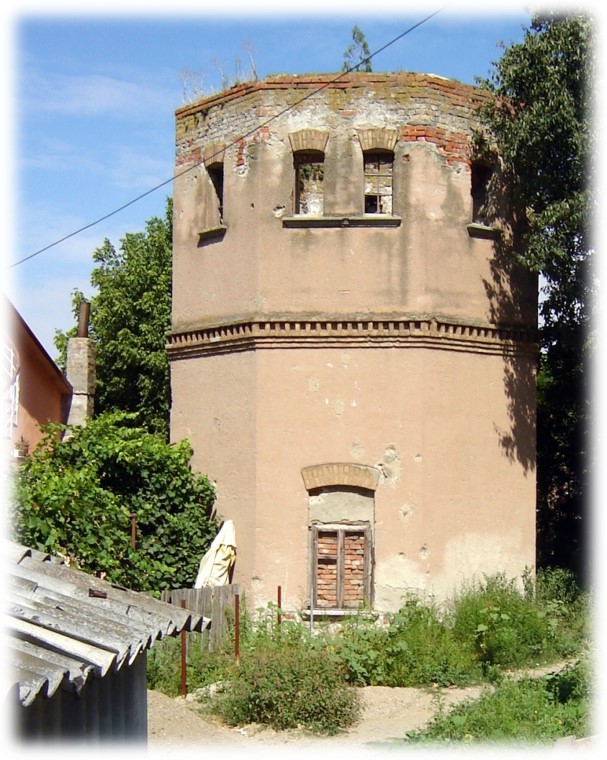