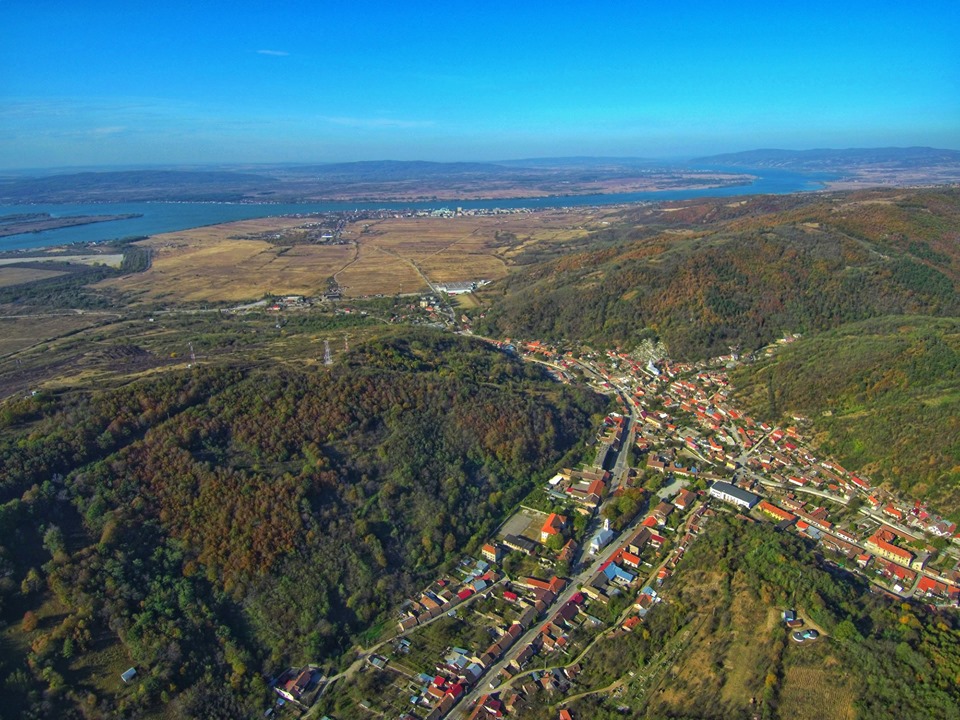 The city was first mentioned in 1777. In a map from 1723, the settlement is named Pesneak and in 1761, Bosneak. Apparently, there were two settlements (Bosniak and Baron), which formed, by merging, the current settlement – Moldova Noua. Only in 1808, the town appears in the landbooks as Neu Moldova (Moldova Noua).

The Upper area of the Danube Gorge(Upper Clisura, from Baziaş to Cozla), where we find Moldova Noua, has been inhabited since ancient times. The earliest traces of human settlement are from the Palaeolithic and were found in the village Gornea (com. Sichevita). Around Moldova Noua and around most villages in the Gorge, archaeologists made discoveries from all other periods of the ancient era.

Traces discovered in the villages (village component Moldova Veche) attest the human presence in the area during the transition between the Neolithic and Bronze Age. Material traces discovered include pottery with geometric decorations with black luster. Later, in the Roman period, it seems that there was a settlement in Moldova Noua village perimeter; in the ruins were discovered bricks stamped Cohors III Delmatarum and a monetary hoard.

In Moldova Veche there were found traces of an unfortified Dacian settlement identified near Liubcova, Pescari, Divici and Socol. During the Roman ruling, which also included the Danube Gorge area, Moldova Noua was an outstanding mining settlement, as attested by the numerous findings, the most representative being the Ogasul BAIES. From the mines of Moldova, the miners extracted gold, silver, copper, iron, lead. Numerous Roman shafts here have caused confusion, and in 1776 Italian Francesco Griselini thought he located here the ancient Centum Putea. During the Roman period, the mining area of Moldova and the navigation on the Danube were supervised by the roman military units fromMoldova Veche and Pojejena. The city is considered by historians as one of the most important mining towns owned by the Romans.

After the withdrawal of the Roman ruling, which lasted until here until IV century, Daco-Roman natives have resisted successive waves of migrating peoples, maintaining the contacts with the Eastern Roman Empire.

In Moldova Veche, in Ostrov and around the hotel in the New City, were identified feudal and pre-feudal vestiges. By the X-XI centuries, Moldavia was also a part of the territorial formation led by Glad and, later, by Ahtum. Archaeology has demonstrated ongoing ties with the Byzantium.

Located near two major cities on the Danube, Pescari and Pojejena (Zenthlazlovara and Possezyn) during the Hungarian ruling, Moldova Noua and its inhabitants had an important contribution to the fight against the Ottoman Empire. Furthermore, in the Vărada area, some sources recall the existence of a feudal fortress (Warat). The Banat occupation by the Turks in 1552 transformed the area to become a part of the Timisoara Pashalic. Its main settlement was in Moldova Veche, named Mudava in 1588. This is the first document mentioning Moldova Veche. The name Mudava, which has an obvious Dacian toponymy, is currently used by locals.

After 1718, the Habsburg ruling was established also at Moldova Noua. From this period dates the oldest written record of Moldova Nouă, in november 1717, when the town had 32 houses and belonged to the Palanca district named “Posneazi”. Then it was called in documents “Pesnak” and in 1761 “Bosneak”. In 1808, the land books mentioned the name “Neu Moldova”, ie Moldova Noua. Interestingly, the locals still use today the Bosneac name – Boşneag, who comes from one of the Bosniak mine entrepreneurs.

Since 1722, the Habsburg authorities, with the purpose of protecting and exploiting the richesness of the border area, started an intense colonization by Germans, Serbs, Czechs and even Italian, French and Spanish. In 1727, Moldova Noua had a leather manufacture and in 1728 began the mining process; silver, iron and brass of high quality was extracted. This activity was troubled by the anti-Habsburg uprising in the years 1737-1739, uprising that was sustained by the Romanian population in Moldova Noua. 1741, Moldova Nouă became one of the 4 Montanist offices in Banat. In 1771, Moldova Noua had eight galleries.

In 1848-1849, the population of Moldova Noua (approx. 3500 inhabitants) participated in the revolution, in the hope of a better life. After this event that did not lead to the fulfilling of the population’s aspirations, in Moldova Noua was established a sulfuric acid production unit. In 1896, due to low profitability, the factory closes and is demolished in 1898, people had to change to other activities, especially towards the exploitation of forests.

Receptive to the ideals of liberty and national unity, the population of Moldova November enthusiastically participated in the events of 1918, when the Hungarian authorities were expelled from Moldova Veche and Moldova Noua. The arrival of the Romanian Army at Moldova Noua produced great joy. The teacher Alexander Moisi, author of a History of the Clisura, witnessed the event and said: “The liveliness and joy was so great as never before or since, and maybe there will never be such joy in the future”.

In the interbelic period, the population of Moldova Noua continued to face heavy social and economic problems, which is why some locals left, in search of work elsewhere, including abroad. After the Act of 23 August 1944, during the military operations that took place in Moldova Noua, local population gave an important support to the Romanian armed forces as guides, providing information on enemy positions or even fighting with weapons.

Moldova Noua experienced a great development after the Second World War, when it became the main economic center of Southern Banat. In 1950, Moldova Noua became a district capital within the Banat region, and in 1954 it was declared a city.

Moldova Nouă’s economic devellopment occurred especially after 1960, when mining resources were rediscovered in the area. Thus, mining occupation of the inhabitants was restored. The Suvarov mine opened in 1963, and after that some other mines. In 1965 was established the Mining Company (now MOLDOMIN) Moldova Noua, which triggered the entire economic and social activity in the area.

Since 1976 began the surface exploitation of the banatite minerals. In order to process the extracted ore, there were built two other plants. The Mining Company is also serviced by the Industrial Harbor, which was opened in 1966.

In connection with the mining activuty there was built the “New Town”, with over 3000 apartments and other socio-economic utilities (crèches, schools, hospitals, clinics etc.). 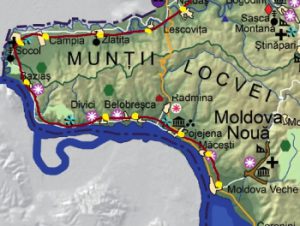 The town Moldova Noua is located in Caras-Severin, near the Danube gorge, at the south-eastern foot of the mountains Locvei Mountains, at an altitude of about 270 m.

The geographical coordinates of the town Moldova Noua are: 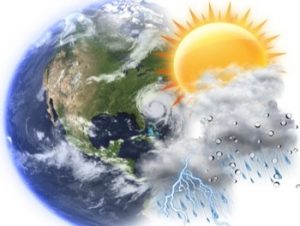 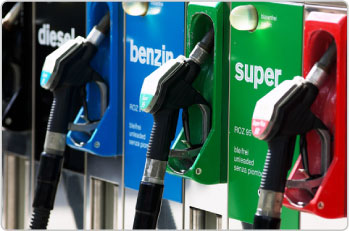